Sacramento Suburban Water District is governed by a five member Board of Directors.  Directors are elected to serve four year terms.  Elections are held on even numbered years.  For more information on election procedures and deadlines, please visit www.elections.saccounty.net

Find out more regarding compensation for Board of Directors. 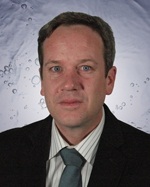 Kevin Thomas was elected in November 2010 to the Sacramento Suburban Water District Board of Directors.  He represents Division 4, which includes Arden Arcade, Carmichael, and Foothill Farms.

Mr. Thomas was born and raised in Sacramento, attended El Camino High School and is currently enrolled at CSU Sacramento where he is a senior studying computer science. He works for The People’s Advocate, one of the state’s largest grass roots taxpayer’s organizations, where he engages in all levels of government from neighborhood organizations to federal legislation. Mr. Thomas' experience at The People’s Advocate ignited a passion for serving his community and making it a better place to live.  In his spare time he enjoys reading and yoga. 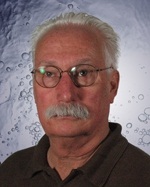 Bob Wichert was born at Mercy Hospital in Sacramento and he was raised in Arden Park.  He graduated from California State University, Sacramento with a degree in Mechanical Engineering and worked for over eighteen years at the Sacramento Municipal Utility District as a mechanical engineer.  While at SMUD he worked on hydroelectric power projects and he was personally responsible for establishment of the SMUD Greenergy © renewable power program.  He has lived in Division 3 for more than fifteen years.  Up until October of 2014 he ran his own business, Robert P. Wichert Professional Engineering, Inc.  He now works as the Lead Mechanical Engineer for RagingWire Data Centers with multiple data center facilities in Sacramento, Ashburn, Virginia, and Garland, Texas. 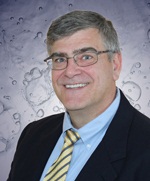 Craig Locke was elected to the Sacramento Suburban Water District Board of Directors in 2014.  Mr. Locke is Director of Public Works for the City of Woodland, responsible for water and reclaimed water distribution as well as storm drain and sewer collection and treatment.  Prior to his Woodland position he was City Engineer/Director of Public Works for the City of Chowchilla.  Mr. Locke has over 25 years of experience in the field of Civil Engineering and Surveying.  Mr. Locke is State certified in water treatment and distribution, and is a certified Water Use Efficiency Practitioner.

A 40+ year resident of District 5, Mr. Locke graduated from Arden Middle School and El Camino High School.  He earned a BA in History from UC Berkeley and a BS in Civil Engineering from CSU Sacramento. Born and raised in Sacramento, Mr. Jones has resided in the Sacramento Suburban Water District for over 30 years.  He was educated at local schools and worked as a firefighter to finance college.  He received a Bachelors Degree in Science from Humboldt State University.  For the past 40 years Mr. Jones has worked as an engineer and project manager in both the public and private sectors.  Mr. Jones retired from Sacramento Suburban Water District where he oversaw infrastructure upgrades for the District.

Mr. Jones is involved in the community as a member of the Sacramento Suburban Kiwanis Club where he served as President of the club and a Director on the Club’s Board.  Mr. Jones and his wife have three grown successful children.  Mr. Jones also owns a small business, operating a choose and cut Christmas tree farm in the Sierras near the small town of Alta.

Kathleen McPherson was appointed as the Division 2 Director by the SSWD Board of Directors on June 4, 2018. Ms. McPherson is a 35 year resident of Division 2.  She lives with her husband in the Arden Arcade area where they raised their two children. Ms. McPherson holds a Bachelor’s degree in Public Administration from San Diego State and a Master’s in Business Administration from CSU, Sacramento.  Ms. McPherson recently retired after a 25 year career in state government and is now focused on serving her community.

Free viewers are required for some of the attached documents.
They can be downloaded by clicking on the icons below.